Everyone was great. I received a welcome like anyone would expect, and I have no complaints with it. The teachers were great, and the students were awesome. But there was one issue – the nature of a typical small-town high school in India (at least the eastern part).

The first day of class was especially awkward because of one peculiar feature that I had never seen before during my lifetime. In this so-called “co-educational” school, the students were divided in different rows for boys and girls, and they hardly spoke to each other. Just like they were divided so explicitly in person, so were their mindsets. This is when I realized the problem – it was a taboo to be conversing with the opposite gender freely, almost as if I were picked up and put in the 18th century. And the ironic part is – it’s mostly the elders & teachers who seem to think that way, since most students were otherwise okay in conversing with each other.

10 days into school, and I was already being teased for talking too much to girls. The fact that three-fourths of my classmates are girls didn’t help that either. That’s a feature of this stream (too many girls, too few guys).

I guess what I’m trying to say here is this – immaterial of how the world acts around you (and how pretentious people get), never stop doing what you believe in to be right. For me, that was not limiting myself to past experiences, and seeing the world a bit more, gaining more exposure. I’ve never limited my conversations with girls, simply because I treat them as human beings – as my friends, not as “the other gender”. And that is one area where I believe India needs to grow a lot. People must start foregoing their conservative nature and accepting a world where everyone can be equal.

Wait for my next blog to know what people think about students in our stream, and how we’re treated at an intellectual level. 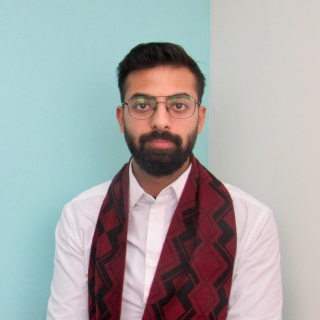 Teenage connoisseur of a thousand things! I love orating, solving the Rubik's Cube, playing Snooker & Badminton. Will soon be studying law! Also, Time's Person of the Year 2006 (you heard it), a tech geek and a pet lover!